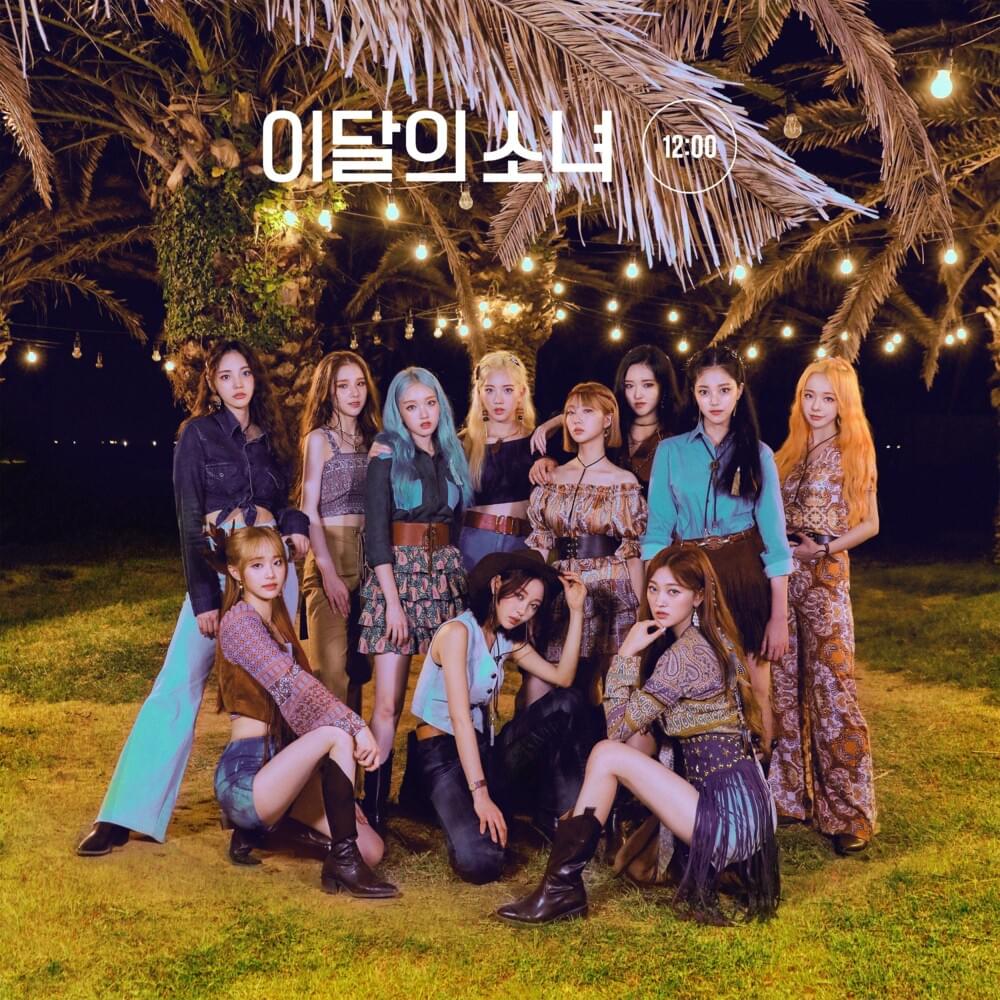 Hello, and welcome to my quick review of LOONA’s 12:00 album. This was requested by a friend of mine so I decided to oblige. I thank God that there’s only like 7 songs on here (excluding the intro) and 2 of them are the same song so that’s really nice. I say this because the last two album reviews I did on here were full-length albums and both came out days apart so I about died trying to complete the “reviews.”

For LOONA’s album, I actually decided to give legitimate scores from 1-10. The scale is below.

I mean, what can I say about the Intro except that no K-pop intro will ever beat out any of Dreamcatcher’s intros especially there older ones. But no, seriously, this intro is just a teaser in itself to “Why Not” with some sound clips spliced here and there. The voice isn’t heard too too clearly but the man was counting down and gave me Cape Canaveral “Ready to launch this space ship vibes” which is fitting considering in the “Why Not” MV the girls go to the moon.

My first thoughts as I watched the MV (which had English subtitles) was that the lyrics were pretty familiar territory with the “I’m so different and don’t mess with me -I’m a bad girl but I’m not a bad girl? Look, I’m just different” story that everyone and their mother knows by now. I know some may say the lyrics especially in the chorus are dumb or weak considering it literally consists of “Di da dam di damdi dam dam dam dam di dam.” However, I just find it funny and some may not groove to it but I didn’t mind it along with the ooh la la part.

Of course, all the girls are looking good and I appreciated Heejin and Hyunjin getting low in their suits as well about a third of the way through. Though Blockberry have a penchant for putting shots of other girls in the MV (Butterfly was the same). The visuals and backgrounds of the MV was good too of course. It would be strange if it wasn’t.

Ultimately though, I’m going to be basic and say I still feel like I’m in the camp that their predebut singles were more better than any title song they’ve come up with to date. Maybe if SM got their little grubby hands off the tracks, then perhaps we would have something better – but I’m not sure.

So this is the song that people preferred over the title song, right or wrong? I think I saw people relieved that LOONA at the least performed this as a B-side live at music shows.

My first thought when I saw the video for this song was – so yellow since the girls were wearing very yellow outfits (those pants!). But as for the actual song itself, the song definitely has a more retro vibe to it which I appreciate but while I love songs that have a more retro vibe to them like the ones with a ’80s/’90s nostalgia feel to them (think Yves’s “New” which is my favorite of the LOONA predebut singles), I don’t feel much for this song honestly. It’s alright. I think it needed a bit more – what? I’m not sure but it felt a bit bland and incomplete for me.

However, on a few more listens, I think it is probably growing on me.

I didn’t trust the beginning because it sounded a bit to stereotypically RnB to me. This song is alright. It’s a chill laidback song that you could groove too on a sunny Sunday afternoon’s drive when the sky’s are clear and the world is cooled by the brisk autumn breeze. I think it’s an alright song. Actually, speaking of sunny afternoons, it does vaguely (like quite vaguely) remind me of Red Velvet’s “Sunny Afternoon” thought that one is definitely more bright and cheery. I suppose Red Velvet’s slower songs like “Automatic” or “One of these Nights” would fit better in the category I’m thinking of for these type of songs.

When Chuu’s part came in, my brain started to pay a bit more attention (forgive me, I’m doing this in the middle of an anxiety stressed brain fog caused by the stupidest election the US has seen in history). This song is in the same vein as
Fall Again but really only the chorus is vibing with me. The verses don’t do much for me honestly. It is a beautiful sounding song lead by equally beautiful voices but that is to be expected.

Oh, I don’t mind the opening instrumentals. It sparked something in my imagination and woke me up a bit. I appreciate that they gave us a more upbeat and energetic song. The melody is one I can get behind. I don’t know why but it made me imagine them in this cartoonized pop art styled sci-fi Tron-inspired hide n seek battle. Or I guess similar to what EXO’s Power MV was. These choruses be simple as hell but pop is typically like that and it’s not really such a bad thing. Choruses in pop music specifically are supposed to be quick and catchy for the most part. Oh, and Olivia Hye literally said “Game Over” so my theory of this one day becoming an 8-bit Tron-inspired sci-fi Hide n Seek game may be realised.

The dramatic beats in the beginning make it sound like they’re ready to fight. I feel like a song that has this “hard” of a beat should have more punch to it. The verses needed to be more spit fire then weak kawaii rap if that makes sense. But I don’t mind this song except for the “I love myself” which unfortunately is repeated a lot throughout the song. Thank BTS for officially ruining that phrase for any K-pop group that wants to use it since it feels like the boys used that phrase or some variant of it in every other title track or B-side they came out with since 2016 (how much you all wanna bet some variant of it will be in one of their songs in their upcoming album?). So the song loses major points for that. Sorry LOONA.

I was confused because the lyric video I clicked on to listen to this had put in parentheses (목소리/VOICE English Ver.). I thought this was a completely different song. So yeah, Star is just Voice but totally in English and honestly it doesn’t sound that bad – the English I mean. I see you, Blockberry, catering to that international market. Though, it makes it easier to evaluate this one as you already know my thoughts on Voice, and the English doesn’t really detracted from that. Actually, I think it helps me lean towards Voice being a pretty good song in both versions.

I hope that was a short enough “review.” I told you guys I can’t do reviews for the life of me, but a friend requested it so I hope I delivered. Overall, I didn’t mind this album despite the low ratings on some of the songs. This is just my personal opinion and won’t force it on anyone cause, y’know, that’s the decent thing to do. Also, don’t take my ratings too seriously.

But until next time, ciao for now.