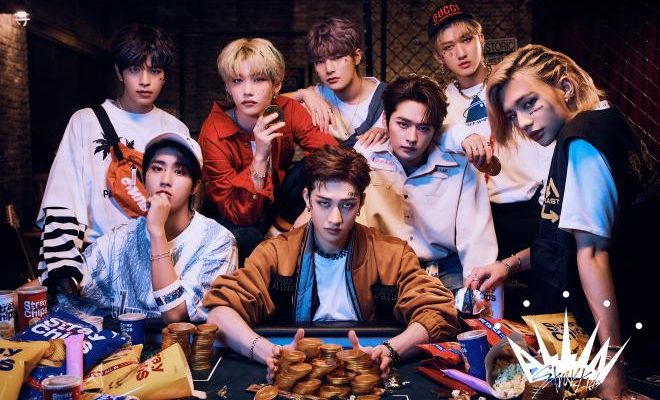 "Reviews"Leave a Comment on 7.11 Weekly “Review” of K-pop Songs

So I’m starting a new weekly series on this blog because it’s not really a K-pop blog without some kind of review series on the latest and hippest songs coming out of the K-pop industry. Plus, the people asked for it, so I wanted to deliver. I picked a kind of odd day to do this (and an odd month -guess there will be no Top K-pop Songs of the Year post), but I decided that one way I’d be better at keeping up with this is to do it on my weekly streams I do on Fridays and Saturdays on Twitch. I don’t have a set day yet when I will release the weekly review but more than likely it will be by the end of the weekend as long as I don’t get distracted or life slaps me in the face (as it often does), so look forward to that if it’s your cuppa tea.

For the first review, I decided to do the last two weeks since I missed some major comebacks last week that I felt I just had to review but normally this will be only the past week of releases.

Also, please note, I’m not a music expert so these reviews are solely on subjective opinion. Like really, I barely know what a bridge in music is. But without further ado, to the reviews~

TXT going with a funky groovy vibe with Blue Hour which is a bit unexpected in comparison to their previous title tracks. It’s an okay song. Not bad but isn’t necessarily bombastic either. Personally, I just got distracted with the clothes the stylist put on the pink-haired guy (Yeonjun was it?) throughout the MV.

Another song that has what I would call a nostalgia beat – a callback to a decade long gone. It’s definitely a weaker title track from TWICE honestly. It lacks a bit of substance and the melody could have included something else to make it a stronger and more impressionable song.

Stray Kids – All In

A Japanese release! Warning to those who care nothing for the Japanese comebacks. For me, I appreciate when a song goes hard as previous Stray Kids releases have shown us (looking at you God’s Menu). It definitely will be put on my playlist.

Quite a run of the mill boy group song that is honestly rather forgettable. I didn’t really bother to listen to this again as I wrote this review as I could be bothered. Do better CIX!

As tragic as their name is, the song doesn’t quite match the memability as their name would’ve promised unfortunately. The song isn’t better but just misses making a lasting mark on me. It has potential surprisingly but needed something else to separate itself from the other releases of this week.

This will get all the Chanyeol stans hot and heavy…or at least the ones who remained after his little ex-girlfriend scandal of last week. Seriously though, the song is nice and he looks like the soft boy he’s supposed to look like but knowing this song is for a cheesy romantic web drama, I’ll pass.

Very cinematic vibes from the MV (like more than usual I mean) which is I believe is what I heard was the point. Honestly, the men all look good here and I couldn’t help but imagine if only Wonho was still in the group – his stans would be dead. Uh, as for the song itself, it’s adequate. I don’t have strong opinions to be honest but I’m leaning more towards liking it.

Starting off with drums is a good way to get and keep my attention so now you know my weakness. Though when the vocals come in, the song loses some power a bit. Brass is also a weakness of mine so the use of it within the chorus is enough to make me nod along with the song. Still, the weakest part of the song remains the vocals. They need someone with a deep voice like Felix from Stray Kids or Leedo from ONEUS. Would have matched the vibe of the song well.

I typically don’t like Mamamoo songs. This one isn’t much different honestly. They have that hint of a Latin influence which I surprisingly don’t care too much for. I appreciate the girls and how they do the best with what they’re given, but it can only go so far. I do really like the flute though.

SECRET NUMBER(시크릿넘버) – Got That Boom

From the girls who brought back the “New phone, who dis?” meme, they’ve now bringing back ITZY “Dalla Dalla” vibes with (again) a retro vibe. Be careful of this one, folks, especially if you’re sensitive to flashing lights and effects. This song doesn’t do much for me though.

Sad. I liked BOL4 as two but I understand the two needed to go their separate ways especially considering that they don’t seem to have that great of a relationship now at least.

But folks, I swear, there must be some trend going on in K-pop right now with all the retro and vintage trends going on. This is like the 5th or 6th song I’ve had to write retro in the title and it’s starting to lose meaning. Or am I wrong?

One of the weaker retro songs this week, so it’s a pass for me.

Jiyoung continues the classy retro vibes in this song as well which I deem the better of the two. Probably because it is more lively and as a fan of BOL4’s older discography, it carries elements of their older songs. Not much else to say but that she looks better in this MV, too.

They try but the song still sounds like a bad knock-off of better mixed professional K-pop song. I kind of like their first song better…at least with the chorus because that kind of actually got stuck in my head and that must mean something, right? Amusingly, my brain seems to gravitate towards these type of songs, so I wouldn’t be surprised if I’m Stockholmed into feeling the chorus if I listen to the song enough times.

So this some League of Legends K-pop idols, right? To be honest, I didn’t mind the song but I was more interested in the visuals and the girls themselves. I couldn’t help but think about Aespa and wonder how that group will go down considering that whole AI is supposed to be a step further.

A popular trot singer, if you didn’t know. I tend to love the releases of trot songs over the K-pop ones as more of the K-pop releases fall flat compared to the trot songs. Yet, this one isn’t the usual bright, hoppy trot you may be used to. This one is more of a ballad. I feel like a lot of fans drag Korean ballads….and that’s fair since sometimes they’re way more dramatic and ostentatious than they need to be. As for this one, it’s a good ballad but I was hoping for the usual trot.

Fun fact: When I searched her, I found out she apparently was accused of plagiarizing her dissertation recently, so that was interesting. I don’t know if it’s true or not, but she denied it. What a world.

This guys literally just debuted this month. Video only has about 8K views with about half of that being from their subscribers probably. This song was honestly a bit too cheesy for my taste and nothing stood out from it being the usual cutsy soft boy please love me theme present throughout the video.

So I gave them another chance. Though I think I regretted it when I heard the YOLO swag we gonna drop this trap beat opening. I mean, it does give me a bit more than their last song. Still, not for me. I will look out for them in the future to see if they change my mind.

I only put this here because I like the dude’s voice. The song is a bit on the meh side especially when the rapper comes in but the guy’s voice makes me want to like the song, but I ain’t gonna be swayed that easily.

I don’t normally listen to quite a few of the groups and soloists in this posts but this is another reason I want to review weekly K-pop – to become more familiar with a wider variety of K-pop people. This song makes me wonder if it’s worth it though. It was pretty forgettable. Haven’t they got better work?

Accio? They stealing from Harry Potter now? But after the snore that was “Soon,” I appreciated the energetic hype these girls delivered in the song. They’re pretty nugu but they try. Honestly, it’s smaller groups like this that need our support especially in these times. Idols be suffering, too especially these smaller ones who are probably on the verge of disbanding cause money. I can’t really dislike this song. I honestly want to cheer them on for some sort of success, you know?

I was already oh noing at the first “Mmm” they uttered. The beats in the song would have been nice if there was something else going on to complement them but riding on a weak melody causes this song to be underwhelming.

So I heard Super Junior is celebrating 15 years which is a LOT in K-pop and should be congratulated. Doesn’t mean the song was a banger but it will be doable for their more die-hard fans as it is overflowing with that general attitude that this is for the fans! Let’s reminisce on the past 15 years together. It must be kinda nice, I suppose.

And that’s it! I hope you enjoyed the first ever edition of my weekly “reviews.” I didn’t do too many songs as I don’t have a set list and I felt like many people would just appreciate the more major releases anyway and not someone who is too nugu. Please feel free to leave feedback and point out that I missed your oppar or unnir’s release and I will be on the look out for them next time (if I feel like it). Stay tuned for next time and take care!