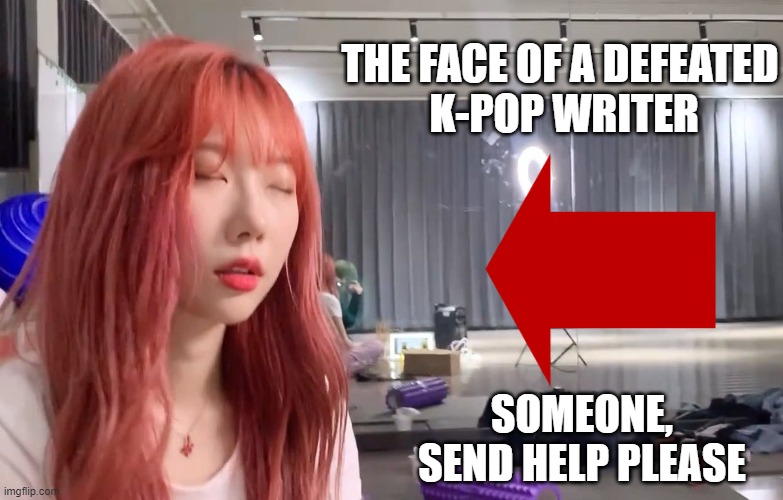 3AM Thoughts9 Comments on 3 AM Thoughts: Falling Out of K-pop

Hey guys, how are you all? I’ve been having my usual ups and downs but other than that, I’m as okay as the normal melancholic young adult(ish) who lives in…a society. Today, I bring to you a piece that is pretty spontaneous. I kind of just wanted to put this out there to let you all know the state of my mind towards K-pop lately since I realize that most of my content lately has been music “reviews” that aren’t really reviews but just one-two sentences of dribble from a random internet stranger who knows NOTHING about music.

Anyways, if you’ve read any of the latest reviews, you’ll see that I seem even more lackluster than usual towards the latest releases. It really feels like lately I don’t click with anything that comes out of K-pop. And I mean, anything and everything. Even from groups that I really liked before like DREAMCATCHER and ONEUS, who both released recent stuff…I couldn’t quite get behind. BTS is a toss up these days, GFRIEND, a girl group I wasn’t really into like that but whose music I liked a lot, have now disbanded (kinda a shocker, I know), and the one soloist I like, IU, also feels lukewarm to me. Is this just a phase I’m going through or is it that K-pop is just on a slow bender right now and the only ones enjoying the music are the fans of the respective groups I just mentioned and beyond them?

I don’t know, guys. I have thought about discontinuing the music review posts to take a break from listening to K-pop because sometimes you need that time away to come back and appreciate the good stuff, but I actually want to continue those posts. No one really reads them but they’re kind of fun to do anyway. On the other hand, I feel if I continue doing them, it’ll be a party full of “meh”s, “okay”s, and “It’s alright”s. Not to mention I’m also going through a writer’s block and for whatever reason can’t find a topic to write about despite working on a personal project for a while now that fits this blog to a T.

Perhaps I really should focus on my other blog which is focused on Japanese pop culture but is regulated to music/film/anime “review” status until I get around to really making think pieces and such for the industry. If ever.

I mean, I was into Japan things first so I am a bit of a weeb biased…I’m a “bit” biased, yup.

Ultimately, I don’t mean to say that I’ll quit writing for this blog. I will continue…somehow, but I just wanted to let you guys know, specifically any regular readers, that any future content may be a bit shaky before I get into my stride again.

However, I have a summer class to think about that’s like every day and grad school looming on the horizon, so my K-pop stuff may remain shakier yet. God, how do regular K-pop content writers like Kpopalypse do it? Oh right, he’s stable, isn’t a college student, and doesn’t give a shit (and also doesn’t compare himself to others like how I am doing – tsk tsk). Still, wish me luck and thank you for reading this far if you did.

9 Replies to “3 AM Thoughts: Falling Out of K-pop”