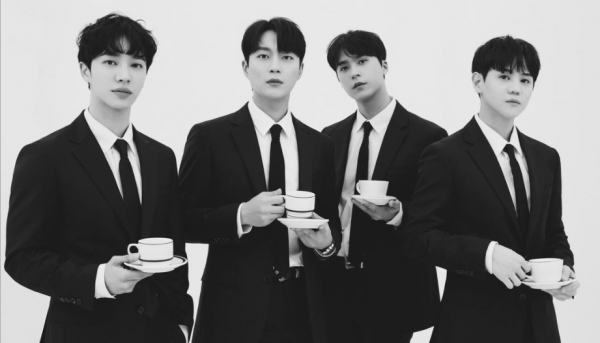 "Reviews", OpinionLeave a Comment on May (the Fourth by With You) Kpop Weekly “Review” but I was in a BTS Conference

Hi guys, so this is a bit late because this past weekend I was prepping and stressing for a conference I was in on Sunday. It was an online conference centered around BTS and I presented my video essay on BTS World: Cultivating Parasocial Relationships which is a blog piece (initially) as well. Check it out if you got time. Somehow I was not attacked and insulted by ARMYs since I felt I was an outlier in my BTS opinions. Yay~ More importantly, I learned a lot on how to improve my research and opinions. Thanks everyone.

It’s average. I don’t have much to say about it besides that it’s kinda catch at some points (namely the chorus).

Weirdly, I didn’t mind this song. I’d listen to it again.

Talking about Kpopalypse with my chat on stream was more interesting than what was going on in this MV. I get easily distracted…

Well, the outfits and hair are nice…

I get strong chill hippie vibes from this song. It’s alright. I can’t complain too much really.

A very short song that made me feel a bit uncomfortable in the end if I’m honest. I believe I got the message though.

I don’t got much to say here honestly.

Ditto here. Though the song sounds exactly how you’d expect a song from Moonbyul and Bumkey would sound.

Not the worst boy group song I’ve heard lately but still not a taker.

The song is kinda meh.

Not bad, not bad.

I felt pretty numb listening to this song.

This song brought up similar emotions as the last one.

I was more interested in the story of the MV than the song itself actually.

This song was more interested than 90% of the songs I’ve covered in the last month at least.

And that’s all folks! I will try to get back on track this week now that I’m not dying and my nerves aren’t shot. See you soon~