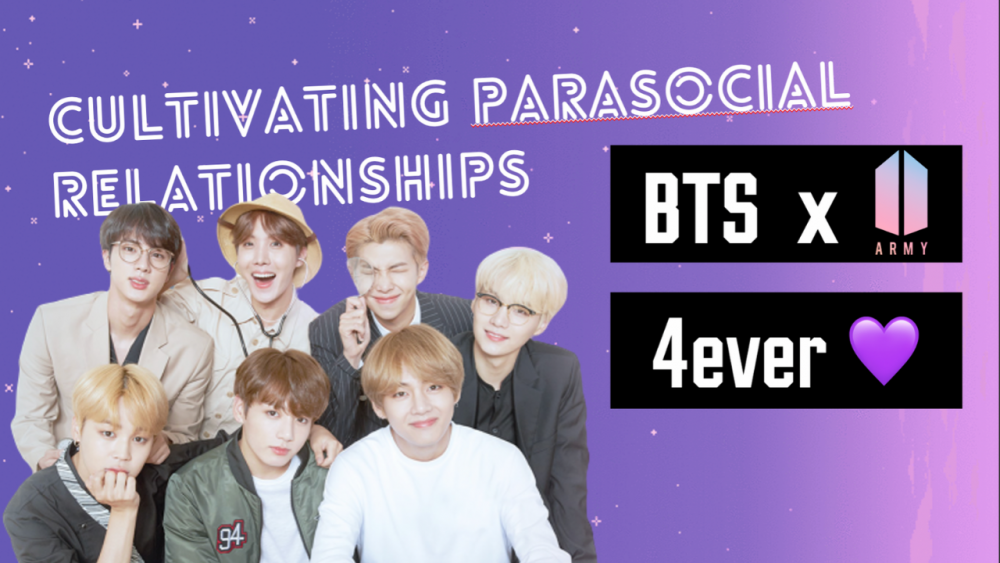 EDIT: This post was made into a video on my YouTube channel. If you don’t mind wasting your life for 24 minutes, then hop on over or watch here (WARNING: I sound very soft hear so you may not hear me over the music at times):

Recently, I read a Verge article about the fairly new BTS World game that has come out this summer to general fanfare and anticipation for many ARMYs, the name of BTS’s fandom after an apparent 2 year wait. For those unfamiliar with the game, the basic plot line follows the protagonist as she unwittingly travels back in time from 2019 to 2012 before BTS has even met or even been recruited to BigHit, the entertainment agency the boys are contracted under. The protagonist is forced into the role of a BigHit manager and takes it upon herself to find and recruit the boys to the agency before finally prepping them up for debut with plenty of troubles and struggles along the way though there are plenty of heartfelt and fluffy moments to fangirl over sprinkled here and there as well.

So the basic plot is fairly straightforward, right? For fans of BTS, it is a very tantalizing and exciting opportunity to manage your faves and bond with them in a way that most can only dream of. And even if you aren’t a fan of BTS, it is an interesting concept at the very least to explore especially given the reviews and issues surrounding the game.

For instance, before mentioned Verge article introduces us to an important theme found throughout the game: parasocial relationships. The definition of parasocial relationships is offered by the author of the article as followed: The term refers to a feeling of closeness, usually between a fan and a celebrity. The fan observes the celebrity through entertainment, social media, and so on, and feels as if they know them, despite seeing only a distorted fragment which is never the same as knowing someone personally. The celebrity, of course, usually has no idea they even exist.

Particularly, BTS seems to have mastered the art of creating and cultivating their parasocial relationships with their fans by passionately and regurlarly interacting with them through social media such as Twitter, their blog, YouTube, and especially through V live, an app controlled by Naver that allows K-pop idols to broadcast live allowing them to interact with fans who delightfully chat away with each other or leave their idols questions or comments in the chat box. Of course, BTS isn’t the only K-pop group to do this, but they have managed to grow a large fanbase who despite their massive size, feel as close to the boys and other fans as if they were one big happy family.

Then we have another game mode called Another Story which features the members in an alternative universe where they aren’t BTS at all but are leading individual lives. Here, the relationships are a bit more blurred. For example, BTS’s leader, RM, is now an aspiring novelist in the middle of solving some sort of crime mystery while the oldest member, Jin, is doing his best to rise as an hotelier. It is this game mode that seemed to create the most problems with not just the author but a few reviewers of the game in the app store. The protagonist is essentially stalking the members and acting pushy and intimate in order to get closer to the members. Honestly, I cannot blame her as I feel many fans would love to catch a glimpse or two of their faves before they were famous (or in this case, never became famous) and to befriend them as well? All the better. But for me, I found it uncomfortable playing through Another Story and through some parts of the main story too as I felt this girl was overstepping her boundaries quite a bit. While I do like the members, I wouldn’t go out of my way to stalk them and forcibly insert myself into their lives, but that’s just me.

Yet, I feel as if many do not see the problems this game has because they love the company and the members behind the game which I understand. I couldn’t help but be curious over how the members were in Another Story. The first one I picked was Jungkook’s, as I had heard the most complaints for that one as I had seen some reviewers object to the stalking of a minor (the year is still 2012 in Another Story making Jungkook only 14/15 at the time). We can assume the manager aka the protagonist is older than that. Although, the game does not even bother to properly explain how Another Story works, so if it makes you feel better, perhaps you could believe the “manager” in this version of the game is close to the age of the member whose story you’re playing? I don’t know, whatever floats your boat, I guess.

His Another Story starts out with the girl arriving at his high school in Busan, his hometown, and spying on him as he dispassionately goes from club to club in order to find one that fits his overly qualified skills (he isn’t nicknamed the Golden Maknae for no reason, but the game pushes the agenda that he is perfect at seemingly everything). One thing he appears to have a remote interest in his Tae Kwon Do. The girl does her best to step in and help him, but in the middle of stalking him to a Tae Kwon Do competition, she wounds up being ganged up on by some guys who are then fought off in Korean drama-style by Jungkook. I was already cringing by this point, but then the girl insists and pressures Jungkook to accept her offer to treat him to dinner only for that dinner to be interrupting which leads her to again, pressure him into taking her out.

Personally, I just didn’t feel right about it all and noticed how pushy she was in making this 14/15 year old boy go out with her. It’s all the more weirder when she’s technically his manager in the main story which we can then assume she must be an adult, at least, perhaps in her 20s if we’re generous. Yet, I felt that this was her character in pretty much every other members’ Another Story. She pretty much inserted herself into their lives and while it can be seen as sweet considering she is trying to help some of the members pursue passions that they’re unconfident about, it still comes across as a touch off with some of her antics such as stalking, pressuring, lying, etc. all in order to get closer to her chosen member.

Granted, so far into what I’ve typed about does not cover all the problems held within this game as I looked into reviews from ARMYs themselves on the Apple app store and found a few reviews that summed up the main problems fans had with the game.

Still, it is up to you to take what you will of the game. Personally, I do believe the parasocial relationships cultivated through this game can affect how one sees BTS, but I do think it is down to the individual to do what they make of it. The game currently has over 115,000 reviews with the average star rating coming out to be an exceptional 4.9 stars. Meaning, that despite the problems and issues mentioned above, the majority of BTS’s fanbase that plays the game and bothers to leave a rating or review, either don’t care or don’t think it’s a big deal. For instance, I saw some fans brush off the apparent flirtatious interactions as just being friendly. Another fan suggested that the members would never consent to the things shown and portrayed in the game if they disagreed or didn’t like it.

Well, if K-pop was a fair industry that treated its artists as actual human beings instead of slaves and products to the system, then yeah, that fan would be right probably. Yet, it is known that contracts always have unfair and restricting clauses and BTS with BigHit is no different despite what the boys and the company tell you. I would not be surprised if BigHit has a rule in the contract at the very least stating that the boys couldn’t openly complain about the game or a rule that said they must go along with any and all activities BigHit demands requests of them. BigHit is a company, not a friend of ARMYs nor surprisingly does the company feel obligated to work in the best interests of fans or even BTS themselves. In the end, it’s about the amount of profit and attention they receive and with BTS’s clock ticking down to their military departure, BigHit wants to flood fans with new BTS content to keep fans busy and attached to BTS even when the 7 are on hiatus or doing their 2 year conscription.

As for the the members having a voice in what content goes in the game, we have to ask how much influence does BTS really have in decision making? How much autonomy or independent decision making BTS has without the influence of their company is most likely minuscule especially with how much they’ve blown up.

A recent hot topic issue regarding BTS, is next month’s Saudi Arabia concert. ARMYs seem to be divided on whether BTS should attend or not considering many perceive Saudi Arabia and the Korean governments are using BTS as pawns to further they own agendas of looking good in the public eye despite Saudi Arabia being a tightly controlled country that oppresses its women, minorities, and homosexuals and is at war with Yemen. BTS being UNICEF Ambassadors doesn’t help matters, but is BTS speaking up about it? Not at all, neither is BigHit. If you want more info on BTS and the Saudi Arabia concert than check out this podcast that expert K-pop writer, Kpopalypse and BTS connoisseur, AustralianSana did a few days ago detailing why the concert is a bad idea. However, we can’t be 100% how much autonomy is given to BTS, but we can guess based on close observation and being a more informed consumer that it probably ain’t much.

Because, at this point, BTS is a brand that their company must tightly control and package up prettily to continue to appeal to fans, the consumers who in turn continue to support the boys no matter what happens. There is nothing necessarily wrong with this dynamic, but it is best to recognize that this is the type of parasocial relationship that any fan must realize they’re in. The Wattpad-influenced style fanfiction some may dream about or even the familial bonds fans may feel not only through the game but any type of BTS content they consume, is at the end of the day here to keep you attached to the members and further the agenda of their company for better or worse.

Ultimately, I really do think the game is just different fanfic scenarios meshed into one especially with Another Story, but at the end of the day, we have to remember that it is a game. A game that is meant to make you feel closer to your faves and really make them feel like an extended family. It can be a nice relationship, but I just say that it pays to be a careful and critical consumer before you overlook problems and blindly consume and love any and everything just because it’s your faves. It improves yourself not just as a fan, but as a person as well.