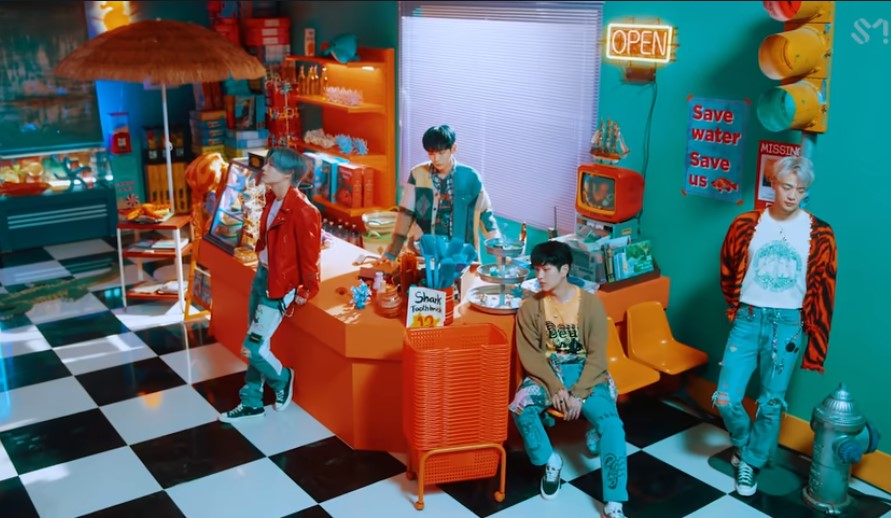 "Reviews", OpinionLeave a Comment on 18.04 Weekly K-pop “Review” but this week is unexpectedly rather boring

Hello one and all, I have returned this week to bring you alls another lackluster review of the K-pops. Despite a rather interesting selection of people this week, I found myself kinda “mehing” to all of them. Disappointing. Oh well, guess this week is a skip, huh?

It’s decent, I guess. I like this song better than their last release and this would actually be something I would listen to again.

Another song called Atlantis! That’s the only reason I put this here. Interestingly, the mix in some Japanese in the beginning but they switch to Korean so don’t be confused. On the other hand, this really looks like a high school project for music class.

Again, you can just tell by the thumbnail (and title) how a song will sound like. I skipped this song on my Friday stream because I knew I’d find it boring and not worth the time of the one person who comes to my streams…and I wasn’t wrong.

It’s really a song for the fans who will bask in their boy’s handsomeness/cuteness/sexiness – take your pick.

Well, this is a miss for me.

Not much to say…this is probably the closing song of her album (can’t be bothered to check really) and it sounds like it.

CIX – All For You

Whenever a song starts with some English lines, I know I’m not gonna really like it. English is so overrated. Pick another language for once, please.

MAJORS – Rain on me

MAJORS returns with another lackluster song that I find not that enticing to listen to. What about their next song?

Dang, I really have a knack for picking out former Broduce boys. Look, I never watched Produce (except for the season with the J-pop idols) and never got into the boy groups. From Wanna One, I only know Daehwi and Daniel. And for each Broduce boy, each song is pretty similar to the next.

DAVICHI is semi-popular, right? At least before? I don’t know, but this is your classic not quite a full ballad but has the same vibes song.

The opening is set up like a sitcom, oh my. Though what really got me is that the director is apparently called: ITCHCOCK…what? I have nothing really to say on the song itself though.

And on that note, I’ll end this post here. Stay tuned for more K-pop next week and my utterly beyond subpar “reviews” of them. Ciao for now~