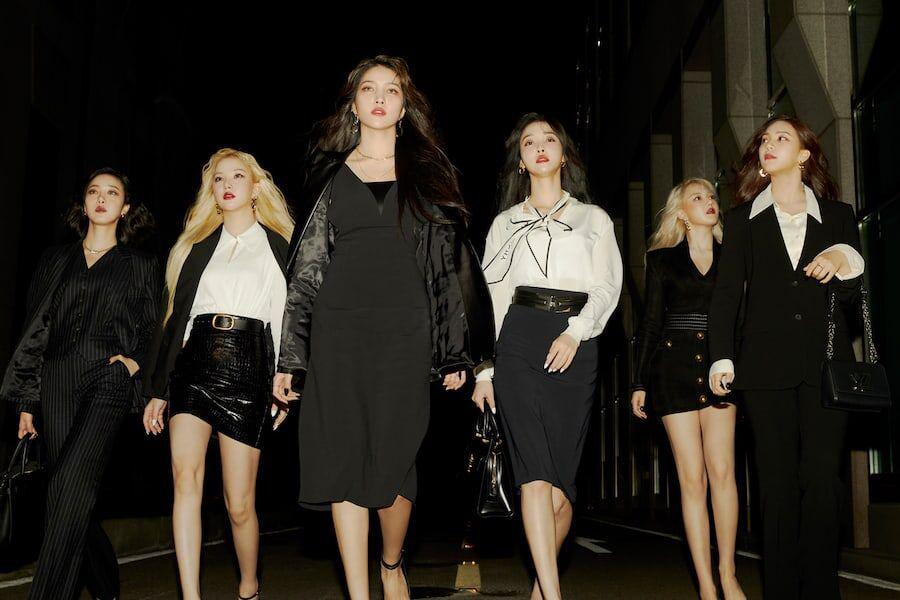 Surprise! The other album I decided to review this time around is Gfriend’s 回:Walpurgis Night. What the heck is a Walpurgis anyway?? I’m really curious. But I decided to review Gfriend because I’ve wanted to check out more of their songs for a while and didn’t want to spotlight more girl groups on this blog than just Dreamcatcher. Plus, I feel Gfriend deserves some sympathy being under BigHit and all.

I hope this album dive will prove to be worth it. Onwards, friends!

4 – S’alright but could be better

8 – Would make my playlist

I reviewed this song in my first ever weekly review. Here is what I said then:

Oh look, another retro song! So yeah, it’s definitely a trend going on and I’m not sure why specifically retro though. I guess people are nostalgic for past days since 2020 sucks eggs. Anyway, GFriend’s Mago is alright. Not a bad song but not outstanding either, at least considering other retro songs that have come out in the past few weeks. They take the retro thing and make it their own

Again, my thoughts haven’t really changed. I didn’t notice they said Hakuna Matata the first time around though and oh my lord, haha, why is that such a popular phrase in K-pop?

On to Love Spell, I noticed the guitar at first and it proved to be a great backing to this song. I actually like this better than Mago which is a bit surprising, I guess. Not much else to say besides those Mmmhs had me feeling some typa way.

Oh my, why did the beginning instantly make me think of city pop? Which is not a bad thing if you read my BTS “Be” review. Well, the inspiration is definitely there. Listening to this song really does have me imagining myself under the city lights driving in one of those open top corvettes and reminiscing about a past lover who greatly spurned me but I still have traces of love for him. A song that sparks my imagination in such a way deserves high marks.

A song begging to be played while apply makeup, an activity I’ve never really done in my life. It’s a nice song but I don’t have as much to say about it as I did with the last song. That’s not necessarily a bad thing as I already struggle trying to find words for this stuff. I’ll let the rating do the talking.

So the next few songs including this one are little subunits. Thankfully, Buddies (Gfriend’s fanbase), in the comments informed me this was a friendship song. I know next to nothing about Gfriend so forgive me in advance since I’m blind to the nuances and meanings behind the subunits and their individual songs here.

As for the song itself, it’s alright. This is the first song I’m pretty lukewarm to. Which I know some Yerin x SinB shippers will be angry to hear, but I don’t vibe with the song like that.

This another friendship subunit? I’m guessing the girls have great chemistry with each other in general so probably the pairings aren’t too too important like that. Anyway, I like this song better than “Secret Diary.” It just has a more sensual theme going on within the melody and lyrics to an extent and I’m digging it. They also splash a bit of Spanish (I believe, don’t crucify me if I’m wrong) which I always appreciate because English is kinda overrated.

This song sounded a bit more mysterious before diving into a more pensive sounding melody that has the two girls singing with soft warmth to each other. I like it actually despite the fact I’d put it in a similar category as BTS’s “Blue and Grey” (weirdly enough). I guess this is different because it feels less cold and more warm if that makes sense. Less dreary and doom and gloom, I suppose.

Apple…oh, apple. The girls look freaking gorgeous as ever but the song just doesn’t quite reach the same level. It’s not a bad song, but it’s another song I’ve listened to before this review and found myself going…”Okay, that was nice…” I do enjoy doing the choreography to this song especially during the chorus though, so hopefully that’s something. The song itself feels like it’s weighed down by something that is preventing it from making it more than we got.

Ah, watching the beginning of the MV made me wish I could also partake in the joys of acting out an MV where I fall to my death but instead of landing in bed, I never wake up…oh wait, that’s not a fantasy I want, that’s a reality I wish for.

Sorry, got sidetracked, but when this came out, I never properly listened to this song besides dancing to the chorus in those random K-pop dance compilations. This song is actually in the same vein as Apple. I want to like it even more, but it’s missing something for me to fully embrace it as is.

I thought this song had an MV but sadly I was mistaken. I really love the intro though. This song is more up my alley than “Crossroads” and “Apple” was and had me mouthing some of the words to the chorus (hey, I don’t need my parents thinking I’m crazy shouting Hurricane! Hurricane! when we actually live in a state known for having hurricanes especially at this time of year).

Anyways, sparked my imagination so a plus for me. I would’ve loved to see an MV for this so that’s a shame.

“Wheel of the Year”

Lastly, “Wheel of the Year,” beginning with a soft piano before adding a steady guitar and strings to bring us back to a pensive and more quieter finale to the album. I think it’s nice to end what I think was a pretty great album with a song that wraps it up in a song that’s not too much but not too dull either.

In conclusion, I would say that after reviewing this album, it was quite refreshing since I came straight to writing up this one after BTS’s Be review. It was definitely worth the time to pick out and discover new Gfriend songs outside of the ones everyone and their mother knows (i.e. “Time for the Moonlight,” “Me Gustas Tu,” “Sunrise,” etc.) If you’re a Gfriend stan, I would say this album is worth a purchase. Though this doesn’t make me a Buddy, I’ll be looking forward to future releases from Gfriend, as always. However, I do hope the BigHit influence isn’t screwing them over and is doing more good than harm. It must be tough either way.

Well, that is all for me tonight. Take care all and stay safe!