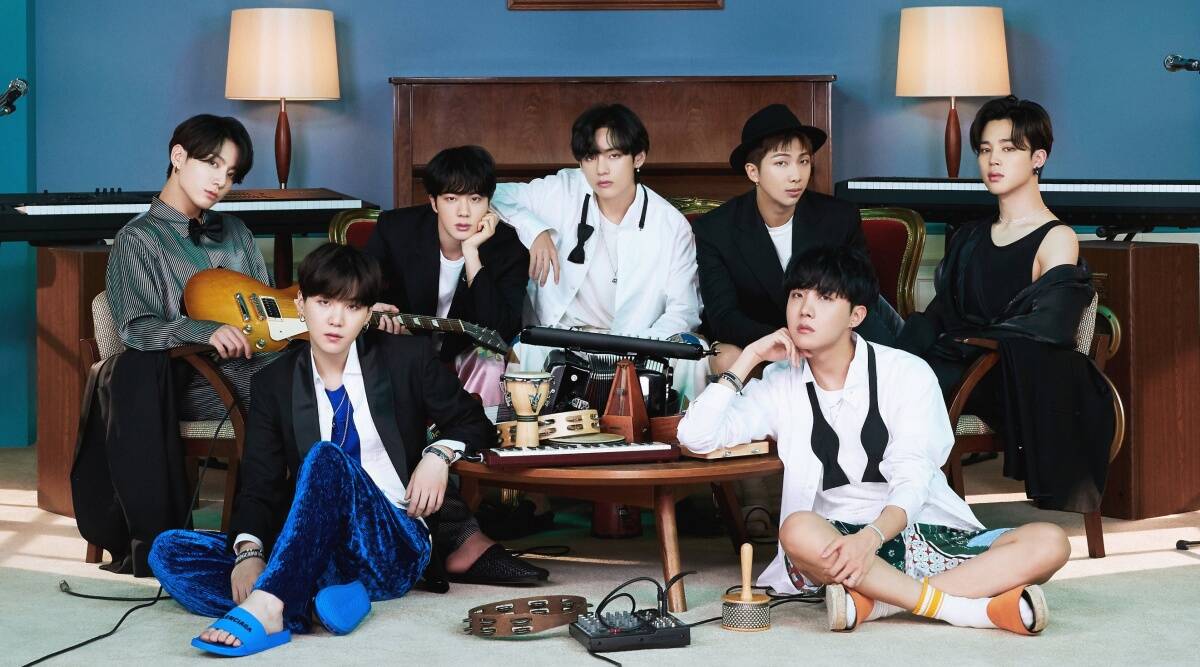 Hi all, I’m late to the party again by a couple weeks but I think by now regular readers of this blog (lol me? Have regular readers?) know I do this in my own time. Sometimes I try to be fast but with the mental disaster I was last week, there was no way I was getting anything productive done.

Now that I’m back to my usual self, I wanted to write up something and settled on doing an album review of BTS’s latest compilation of songs. It’s shorter than 7 (mercifully so) and I figured wouldn’t take too much stress and energy to write since I won’t bother to much with specifics like putting the lyrics down like I did in the previous album reviews. It should be a shorter read so let’s go~

4 – S’alright but could be better

8 – Would make my playlist

So…this is a COVID song so be forewarned if you’re sick of all the allusions to the pandemic and/or songs that are clearly about the predicament we are in now. As for the actual song itself, I already covered it in my weekly review post from a couple weeks back but here’s what I said:

“So like, this gave me fan song vibes when I first listened to it especially at the end when they’re on stage. It really sorta screamed, “This is for you, our beloved borahae ARMYs~~~~~” I mean, it’s kinda not farfetched. Anyways, this may be unpopular but at best this song is pretty…average. Like, not horrible, but not good, but maaaaaaybe something I’d listen to again if Spotify for some reason snuck it into my playlist while I was on a drive and cause I’m on the highway I have to be a responsible driver so I’d be forced to sit through it this song of 3 minutes and 50 seconds of non-offensiveness that’s something you’d definitely hear in a Korean café on repeat because it just came out and the owner doesn’t know what else to put on but everyone loves BTS, right??

Yeah…anyway, best part of the MV was the fact that V was the opening shot. Worst part, Suga’s rapping (dude, I used to like your rapping, what happened…? Oh…)”

Fly To My Room

A very laidback sounding song that only has 4 of those “charming lads.” This can easily be a song that can bore people but it’s not too too bad as in usual BTS fashion as of late, it can’t be that horrible but its not outstanding either. Though I just give it credit that the rap didn’t ruin the song which unfortunately for me seems to be a thing that bothers me of late with BTS.

Okay, so this was apparently supposed to be on V’s mixtape so the writing and producing credits are all his. From the title alone, you can probably guess the sound and vibes of the song. It doesn’t pick up really, by the way, so this is a skip if that’s not your cup of tae. For me, I’m ambivalent. I just got over a depressive spell so this song isn’t doing much for me but at the same time I appreciate the chill vibes it gives. Yet, it sorta just stresses me out and brings up unwanted emotions so a pass for me for now.

Yes, I’m reviewing the skit. When was the last time BTS even had a skit in their album?? Anyways, for those that can’t be bothered to click the video, BTS basically talks about their first Billboard number 1 win with Dynamite along with other non-importantish banter. It’ll definitely feed the egos of those ARMYs who bask in seeing their boys break charts/records, but it won’t appeal to those who couldn’t care less about that stuff. I’m in the latter category. Congrats to them, but charts don’t matter to me really.

Though admittedly, I’m more impressed by the first Asian soloist, Kyu Sakamoto, who got a Billboard number 1 decades ago before the birth of the internet, chart rigging (hey, I said nothing but the rumors are there), and the apparent bending over backwards you need to do for the West to take any notice of you. Released in 1961 in Japan, the song called Sukiyaki took 2 years to get over to the US where it was well received despite being completely in Japanese (and a bit amazing in the fact that this was only 2 decades after WWII to anti-Japanese sentiment was still most likely a thing/in living memory).

Fun fact: Kyu Sakamoto also came to the US and promoted himself on late night shows as well, so you’re all wrong, it’s truly this guy who paved the way for Asian acts in the US.

After the skit, the album takes a turn and brings us more upbeat, funky, happy vibes. However, the autotuny nature of this song can drag the quality down a bit so be forewarned again, my friends. My headache that had went away, returned with this song so it gets docked points for that. Yet, I was nodding along to it, so what should I do~?

I liked J-hope’s rap in the beginning of this. I think when the chorus comes in, the song could’ve taken a better turn but that’s alright – I’m a basic bitch and have trash music taste. Other than that, I actually don’t mind this song though I don’t got much to say about it (probably a good thing actually).

Oh, wait, they name dropped “Life Goes On” in the bridge, hmmm, we all know how I feel about that song.

Rating: 6/10 (point docked cause of the name drop)

The last “new” song of the album with only three members – interesting subunit. Interesting melody as well. Weirdly, I like the instrumentals but the vocals/lyrics don’t add much for me. It started out nice but I think this song is a B-side that doesn’t stand out as much as the others. Sad in a way. Poor Stay.

This song came out before I started my weekly reviews. The reason BTS got a Billboard number 1 and a Grammy nomination, I guess. Unpopular opinion (?), at least in my circle but I don’t mind this song. Maybe I’m too biased with this whole retro revival cause I’m one for funky/old songs (I mean, I like city pop, for Christ’s sake).

I know the lyrics aren’t stellar (God, that intro) and my ambivalence of this song is strong but I’ll give it a pass. Oddly, some may say this song out of BTS’s discography shouldn’t have been the song to finally breach a Grammy nomination, but considering how the Grammy’s are pretty much a sham and filled with white old farts, I’d say BTS’s completely in English-safe/generic pop song Dynamite fits well into what they’re expecting and want. Plus, they can’t surely ignore BTS forever now can they?

Rating: 6/10 (docked a point because of the lyrics especially that intro, added a point cause I love the MV)

Well, that’s it for the review. Overall, I’d say this album was alright. Not one I’d buy to proudly put on my shelf but not one I’d drench in kerosene and burn with glee. I will say this album really does accentuate how BTS is really eager and very willing to follow the trends. I mean, they finally broke and released a song completely in English knowing full well that not only would it definitely get them high on the charts but get the attention of the Grammy nomination committee. I’ve seen some ARMYs say they released Dynamite without such materialist capitilistic intentions or what have you, but at this point, it would be stupid for BTS not to try and reach Grammy status.

Like golly, I see some BTS fans demonize people who make out Dynamite or any song of BTS’s like that because they see BTS as wholesome purehearted guys who are still 100% in it for the music. They still are to an extent because it’s literally their life now, but why make it such a bad thing if they make a song solely for the charts or awards? Not every single song has to be that meaningful.

I am reviewing another album right after this. It’s of a group that I’ve never reviewed or really talked about on this blog, so if you want a little surprise, click here.