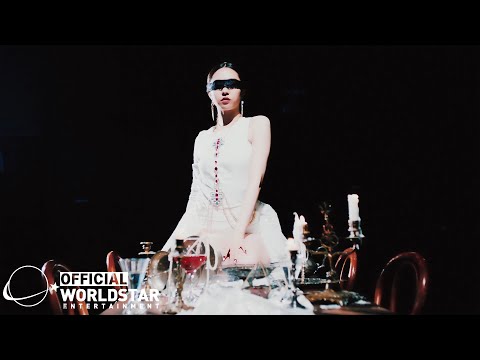 "Reviews"Leave a Comment on 14.11 Weekly “Review” of K-pop songs for your pleasure

So like I stated last week, I’m starting a new weekly series on this blog because it’s not really a K-pop blog without some kind of review series on the latest and hippest songs coming out of the K-pop industry. I actually got around to doing it again so maybe I do have a hope that I will be able to do this weekly. I’m still not certain the day or time I will have these scheduled to go up but Friday night or Saturday is looking real nice at the moment.

Also, please note, I’m not a music expert so these reviews are solely on subjective opinion. Like really, I barely know what a bridge in music is. But without further ado, to the reviews~

P.S. For those who are curious on my favourite song of the week, just check who’s the header image.

Oh look, another retro song! So yeah, it’s definitely a trend going on and I’m not sure why specifically retro though. I guess people are nostalgic for past days since 2020 sucks eggs. Anyway, GFriend’s Mago is alright. Not a bad song but not outstanding either, at least considering other retro songs that have come out in the past few weeks. They take the retro thing and make it their own

The thumbnail is fitting to how I feel listening to this. It’s a bit of a snooze until the beat kicks in and even then it’s still lukewarm. But I swear, in some shots this guy vaguely reminds me of BTS’s Jimin…just me? Okay.

Another dude that vaguely reminds me of Jimin (Hey, they both have “min” in there name!). But I’m not too familiar with Taemin’s solo stuff or with SHINee’s discography except for the songs like everyone knows. I forgot Taemin isn’t the soft boy who appears to be after the chorus stepped in. He can be a bit freaky, not gonna lie.

Anyways, I actually don’t mind this song. Yeah, on second listen it sounds kinda average but I still like it especially around the chorus. Maybe cause it’s Taemin (though I’m not really biased towards him). Hmmm…

This nearly slipped under my radar cause no one respects Japanese releases, I swear. I was a Japanese pop/rock fan before I stepped into the hell that’s K-pop so yes, I especially want to hear Japanese releases. If I miss any, please send them my way.

Anyway, song is very TWICE-like. It’s not too bad but quite average in my ears and not too exceptional.

Don’t know this guy but at least the song wasted no time to start – love the kinda energy. Despite that, I couldn’t really vibe with the song. S’alright, typically stuff and that’s all

Sounds like a song I’d listen too if I’m just chilling on a lazy Sunday afternoon and not quite in the mood for upbeat songs. I don’t mind this honestly. It’ll be a snooze for some people but for me, I could see it on a “When you’re feeling sad/depressed/something’s not right” playlist you sometimes see on YouTube.

You can kinda just tell by the title and the people when the song is gonna be one of THOSE songs (i.e. ballad, sad duet, etc). Now, not all ballads are bad. I think people shit on K-pop ballads a bit too much and it kinda bothers me sometimes. This song is kinda meh though – go ahead and dunk on it.

Jae Jung Parc “When I’m With You”

I don’t know why, but this guy kinda gave me sad vibes. Maybe it was the shot of him alone on the couch, but he kinda has a sad face. I even feel like his singing is on the meek side. C’mon man, chin up and sing with your chest!

Again, not sure why, but the video itself unsettles me a bit. Another slower song that’s not really a ballad but not very pop pop poppy either. It would probably rank a 4 (below average) on my scale.

Warning you all now, there’s some ASMR stuff in the beginning with some dude sounding like he’s whispering in ear (headphone uses beware). I was hoping that with a title like Tears of Chaos, it would be something more and though the chorus does pick the song up a bit – it still falls flat and doesn’t make up for the snoozefest of the intro.

I like the video – that’s something. The chorus isn’t bad but everything else kinda drags out and makes the song feel like it’s not worth listening further. I would give it a try though it’s not for everyone.

Oh dear, this has Jay Park and I’m not really a fan. He didn’t add much to the song for me. I don’t know who Jamie is though but sorry to her, I’m not really feeling her song. But I feel like she may have other songs in her discography I might like.

Oh, a nugu group…that has kids that look 15 and under. I had to look them up after typing that sentence and sure enough, the oldest member is 15 with the youngest two being born in 2009 (they’re twins!). Even if I liked the song, knowing how the K-pop industry works, I never feel too comfortable with kiddie K-pop groups. Though I could say that about every K-pop group…

Fun fact: Their group name is apparently after the Disney movie, Coco.

I only kept this song because it sounded upbeat cause at this point, I’m a tad tired. Respect to those who listen to many of these songs to review on a weekly or daily basis. I almost wanted to label this as trot and while the vibes are there, it also carries that soft Elvis-era rock ‘n roll vibes. Cool – I’m a fan of that era too, but the song is a bit weak. Would’ve been better if they went harder but alas, that is the curse of many a K-pop song.

You ready to get back to the retro! So this group is apparently making waves – not sure why. Like, maybe I’m being an old fart, but I don’t understand the hype for some groups (like ATEEZ comes to mind) and this group is included because this song is probably the weakest of the retro-themed songs I’ve heard so far. I was thrown off by that one girl’s deeper voice cause the face don’t match the voice, but that’s the only thing that caught my attention really.

Though I guess only the future will tell with this group.

Started off cute, but for a song called Teddy Bear, I wanted more aegyo vibes. Another song that would’ve benefitted from having more than a lukewarm melody. I thought the pre-chorus was building up to an enjoyable head-rocking chorus but nope, it seemed to even backtrack. Shame.

This just seems like a city pop rip off. Does Korea even have city pop, like that? Probably, but nothing beats Japanese city pop honestly (my bias is showing again). I will admit, the song does get more pleasant as you listen – it’s probably the vocals actually. Whoever is singing sounds quite nice.

A drama OST! Though a majority of drama OSTs are sappy lovefest that sometimes even my romanticist brain cringes at, I don’t mind reviewing them, but this one isn’t one of the more special ones I’ve heard. One of the more forgettable ones.

TVXQ Changmin “All That Love”

Dude recently got married a few weeks ago so congrats. The song is kinda meh though. Not much else to say.

I’m starting to think these ballads are a hit or miss for me and I want to like them. Perhaps it’s the mood I’m in since admittedly I’m not in the best one. This one doesn’t help that.

This came out last week (don’t be fooled by the date in the video!). One commentator on my stream said this reminded her of a James Bond intro and I agree, it’s quite cinematic including the intro music. This song is enough for me to probably put on my playlist. Don’t know the woman (though she’s beautiful), but I will anticipate her future releases.

That’s it for this week, stay tuned for next week’s release of new songs and my terrible reviews of them. Stay safe and take care, all!