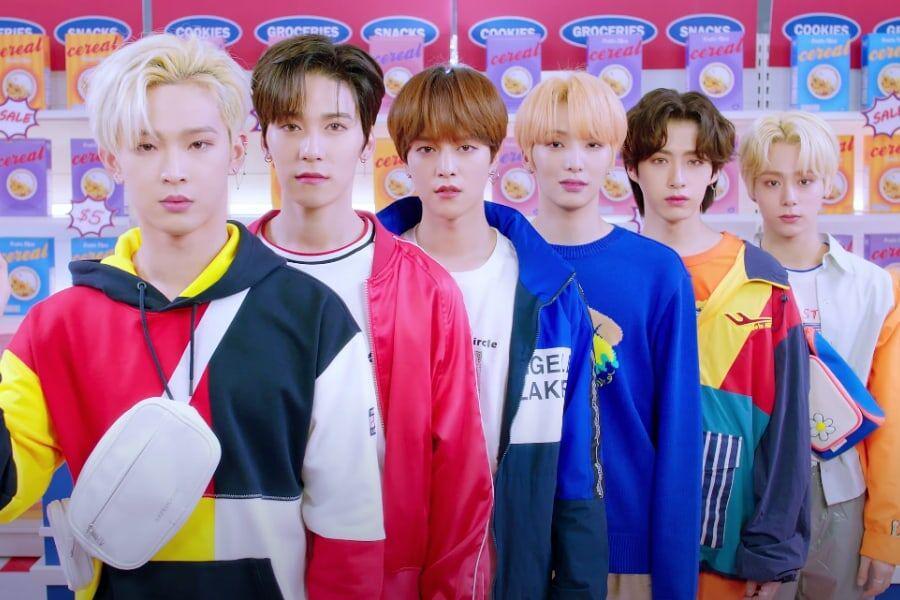 Happy December, everyone! I hope it’s been good to you so far. Sorry for the late review but I believe this month will prove to have a shift in when I post these reviews. Just when I was starting to fall into a schedule, too…

As always, please remember I’m not a music expert so these reviews are solely on my own subjective opinion. I don’t have any technical musical knowledge outside the being in middle school band. But without further ado, to the reviews~

And for this week, there really wasn’t a strong favourite, so I’m just gonna have my biased group this week cause I can’t think of anything else to put there.

Better than their one from the previous week. It’s edging on being above average but still not quite there. I can see this being a grower though. At the very least, Eclipse and Call My Name were like that.

So I’m sure all Kai stans are living for this man’s solo releases. I have no such attachment to this man so I can safely say that it s’alright. It’s better than Treasure’s “Mmm,” but it still doesn’t capture my attention. In fact, I kinda missed the beginning because my thoughts were distracting me. Hmm…

The Queen of K-pop is back, people and it’ll do you good to show some respect!

Okay, but seriously, the song isn’t that bad honestly. She still looking good, of course, this is K-pop after all. Strangely, some verses in the song have a Red Velvet vibe to them, I ain’t gonna lie. I can’t place exactly what RV song I’m thinking of though. Both BoA and Red Velvet are under SM, so it’s not that strange actually.

Warning: Mashup of different styles and songs along with visual distortion and the usual light show, proves that this MV is the most mentally taxing if any of you are like me and can get too much sensory stimulation from stuff like this.

This gives me a headache.

Gah, I noticed that NCT dropped this just as I was going to post this. This really seems more of a “For the Fans” song so I”m gonna just pass on this one.

A complete 180 to NCT’s mess up there with Resonance. Probably because of that, I found healing through this song and don’t mind it a bit. Something gentle and relaxing is appreciated right now.

Welp, my boys have come back with a cute concept – which is a first. Though I honestly wasn’t sure if I liked it one first listen. It isn’t as impactful as some of their other title tracks like “Lit,” “Twilight,” or even their debut song, “Valkyrie,” but I will take this song still. It’s edging on the average boy group sound but call me biased.

I didn’t get to review the Korean version so here I am with the Japanese version to say that it’s a solid 4 – it’s a meh but I believe it could be better. That’s all.

It’s a bit too mushy for my taste and the MV doesn’t help in this case. I liked their other song better to be honest.

Oooohh, the new BigHit boy group finally makes their debut. Poor guys. This is a case where I like the MV more than the song itself. I do like the delicate…harp? that’s are playing gently in the background. That gives it a bit of spice whatever the instrument might be.

And another turn, as we enter a wierd little MV. He has a nice voice though it’s not the brand of music that I’d normally listen to. It’s kinda dumb but cute too.

Most solo songs like this are pretty predictable in terms of genre and sound. It just depends on if you like that or not. This one is okay, but there isn’t much to set it aside of the usual songs from this group. Easy listening I would say.

Another Apink girl tied to a guy this time. Their camera smiles are a bit too to me, but the song is the typical duet-style – not too slow and heavy but not entirely upbeat and preppy either. It’s cute in a way but then I think of their smiles in the beginning…

I believe some of the comments mentioned how this group had Block B vibes and I can definitely see it. I like the song but is it weird to say that I don’t feel too too moved to give it, say, a 7 (playlist potential). Probably cause it’s at least different from most of the releases this week that I like it.

A self-producer, I see. Unfortunately, Suga of BTS has ruined the self-producer image for me, so now it doesn’t mean much. Though you can see this guy really trying here so I’ll give him the benefit of the doubt. Definitely not an easy job. The song is still on the average side for me, but good for him anyways.

Teen top was one of those groups that were crazed about back in the day, yeah? Missed that but that old K-poppie sound is present in this video. Doesn’t really get me dancing in my seat though but I’m sure Teen Top’s OG fans appreciate this.

This guy is getting too close to the camera and violating the little personal space COVID guidelines grant me and the song does not make up for that.

No, it’s not that Taeyeon, so forget it. Song is a ballad and while it sounds niceish – it’s the same old stuff.

Interesting voice this woman has – it’s not my cup of tea but it definitely kept me an extra moment or two in the song. I’m sure this is supposed to present a more traditional approach like how they did it in your grandparents day. Kinda nice since it’s different and all – I can get behind it.

Probably the first K-pop song that mentions ASMR which I give this boy extra points for but the song isn’t my cup of tea so pass.

This can be kinda meh but to be honest, I believe the song is meant to be one of those songs you only put on for a long night drive where it’s just you and your thoughts.

Whatever is going on in the background is kinda wrecking havoc on my brain. I guess the electronic beats is a bit too strong for me in this one. For one that is solo though, give him props for having an MV that’s basically at the same level as some of your faves.

This is kinda cool honestly. It gets a bit better as it goes on but it didn’t quite fully take me in. I’d give this one another shot though.

HENRY – JUST BE ME

Oh trot! Finally, some good content. I’d give this one a shot even if it’s not the most stellar trot song I’ve heard.

I like her voice and this would be the song I’d listen to late at night if I’d just happen to come across it, but otherwise, eh, not really.

I kept them in because I saw the band set up but I was duped.

Oh my, our first Christmas song. Why’d it take so bloody long? Don’t you know, Christmas started in August this year because everyone wants this year to end quickly.

OST Section (aka the Start Up Section)

It’s another Start Up OST. My god, they don’t know when to quit. Anyways, I can already tell before I get too deep into the song that I will feel the same about this song as I did with the others. It’s of course kind of cute though.

And here’s the second one. I don’t like this one as much honestly.

And lastly, a third one. This one is sung by Eunji of Apink I believe. She has a nice voice and that’s probably why I find it the best of the three, I guess.

No strong feelings towards this one.

And that’s it for this week, folks. I will leave off with a video that was originally part of the reviews but decided to put it down here because it appears to be more of a promotional video for Lotte Shopping staring Miss Stella Jang then an actual song song, if that makes sense? Anyways, take care and have a good week!