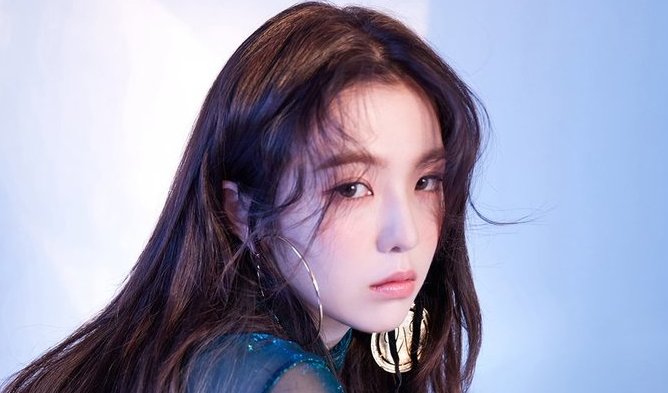 3AM Thoughts, OpinionLeave a Comment on 3 AM Thoughts: The Irene Paradox

So, it’s been a while since I did my last 3 AM thoughts which was about how BTS ARMY’s act like the parents of BTS and how that’s not really such a great thing. This time around, however, I was recently mulling over the Irene/stylist scandal that trended a few weeks ago, so yes, I’m late again but can I just say that BLACKPINK has been on my mind over the past week moreso than any other K-pop group.

Okay, not much of an excuse but better late than never, right??

So, if you don’t know what happened or you have stumbled across this post 5 years in the future (lol will the blog still be up then?), the scandal can basically be summed up as Irene was accused of being a rude diva towards a stylist who posted about being verbally abused to the point of tears by an unnamed idol which later turned out to be Irene from Red Velvet.

To be honest, I find it a rather complicated issue. It’s very easy to automatically look at Irene with distaste and treat her as a villain, but after doing all that analysis over BLACKPINK’s documentary, I can’t help but feel that she’s quite similar to Jennie from BLACKPINK.

Both have rather similar temperaments from what I’ve seen (shy, quiet, introverted, hates people sometimes but mood), although I will admit that I don’t follow Red Velvet or BLACKPINK like that so I could be totally wrong. Yet, both have been accused of having rather bitchy rude attitudes with incidents to back it up at times. Both appear to be rather misunderstood in the public eye and amongst their own fans as well. And both have a resting bitch face and we all know that that can be deceiving. While I’m not here to completely defend Jennie or Irene, I do believe their situations are more complex than simply painting it over as a black or white issue as it is easy to do so.

Ironically, I feel that with all the psychoanalyzing and overanalyzing many K-pop fans partake in, I feel many fail at looking at scandals such as this as being anything but a black or white issue. While I definitely sympathize with the stylist (cause being a very sensitive person myself, no doubt if I had been in her place, I would’ve been reduced to more than tears), I don’t believe we should be so quick to condemn Irene.

Only in K-pop would an idol be pressured to leave a group over an attitude problem. There are plenty of Western artists that have even more horrible attitudes than Miss Irene over here and yet no one is yelling at them to exit the industry (or at least not enough people are). Again, I’m not trying to take away from the stylist’s or anyone else’s negative experience with Irene as I do feel that Irene was in the right to apologize and acknowledge her actions as “immature” as she put it on her Instagram – which she hasn’t been on since the scandal broke at the time of writing. However, I will say that K-pop itself as a terrible fixation on image and it’s getting tiring. It’s a problem rooted in Korean culture but it’s spreading its greasy tentacles into the West as many international fans are being infected by this line of thinking as well.

On the other hand, I do really wonder if Irene has something wrong with her. Seriously, back when Jennie had her whole lazy scandal, many theories were put forth as to why she could possibly perform that way. It’s too easy to say Jennie is just being a stuck-up diva who thinks she’s better than the girls since she had her solo. It’s harder to really put forth some critical thinking and actually look at the problem from all sides. Understandable, since the brain doesn’t even appear to fully develop until 25 and the average age of a K-pop fan is like 13-18 or whatever.

But back to Jennie, some fans thought there was something mentally wrong with Jennie as some pointed out that she looked lost, sad, or just sorta out of it around that time. And again, I would like to point out just how we are quick to forget the rigors of being an idol and the emotional and mental impact that has on individuals. Just because your fave can cope well and seem relatively healthy, does not mean every other idol is like that.

Not to mention, that obviously, there must be idols who do have mental health issues and I can’t say positively that Irene falls into that category but it’s not impossible either. While mental health is starting to be a more open issue in K-pop, it is still far from being accepted widely as a topic of open and deep discussion in K-pop. Hell, I would even go as far to say that a lot of mental health acknowledgment in K-pop is still performative in nature and not truly doing much in terms of actually helping the idols. In addition, a lot of mental health talk can be used to sell songs as fans can’t help but connect with songs involving issues we all face on a day to day basis. There’s nothing wrong with that to an extent but it’s just something we should be aware of.

An attitude problem could be simply explained through a psych evaluation where one can find out they legitimately have difficulty processing emotions, events, or people because let’s be honest, people are hard to understand and connect with at times. It seems unfair towards idols to think that due to having to keep up this goody two shoes little miss/mister perfect act that slip ups here and there can condemn them and get them booted from a group. All this because they are not getting the help they could need.

Again, I would like to reiterate that Irene may not be in this category, but what I just said is a good thing to keep in mind when approaching scandals like this in the future because you really just never know what’s going on with these idols. It doesn’t help if they can’t get proper attention for problems that they themselves may not know exist. If K-pop was truly more open with idols and their mental health, they maybe it would be better for idols like Irene as the public would be able to sympathize with someone like that much better than simply thinking she’s a snobby diva with an attitude issue.

In my own personal life, over the years, I’ve been berated for having an attitude at times or wanting to keep to myself and not talk to people unless I’m feeling up to it, and for the longest time, I thought I was in the wrong. It didn’t help that I was and still am a rather introverted and shy person who has difficulty being social. In the idol world, I would probably be labeled a stuck-up bitch, too, since I wouldn’t be the bubbly aegyo go-getter type that these people (i.e. fans, other idols, company staff, etc.) expect me to be. Actually, my mom has told me that quite a few of her friends and family thought I was a bit of a snob when really, I was just being socially awkward and shy.

Honestly, it’s only recently that I realise that there may be some underlying health issues I have and that there is necessarily nothing wrong per se with my behavior. Some counseling and therapy can definitely help me feel more comfortable and process things better, but I can’t armchair diagnose myself so God knows if there’s anything truly wrong with me or if I’m really just a bitch.

And it could be the same for idols like Irene, Jennie, etc. who may or may not actually have something going on in there. I mean, some people in the industry who seemed to have a close relationship with Irene came to her defense so who is right? Are both sides right? People are complex, guys. Maybe idols like Irene and Jennie are just jerks, but who knows?