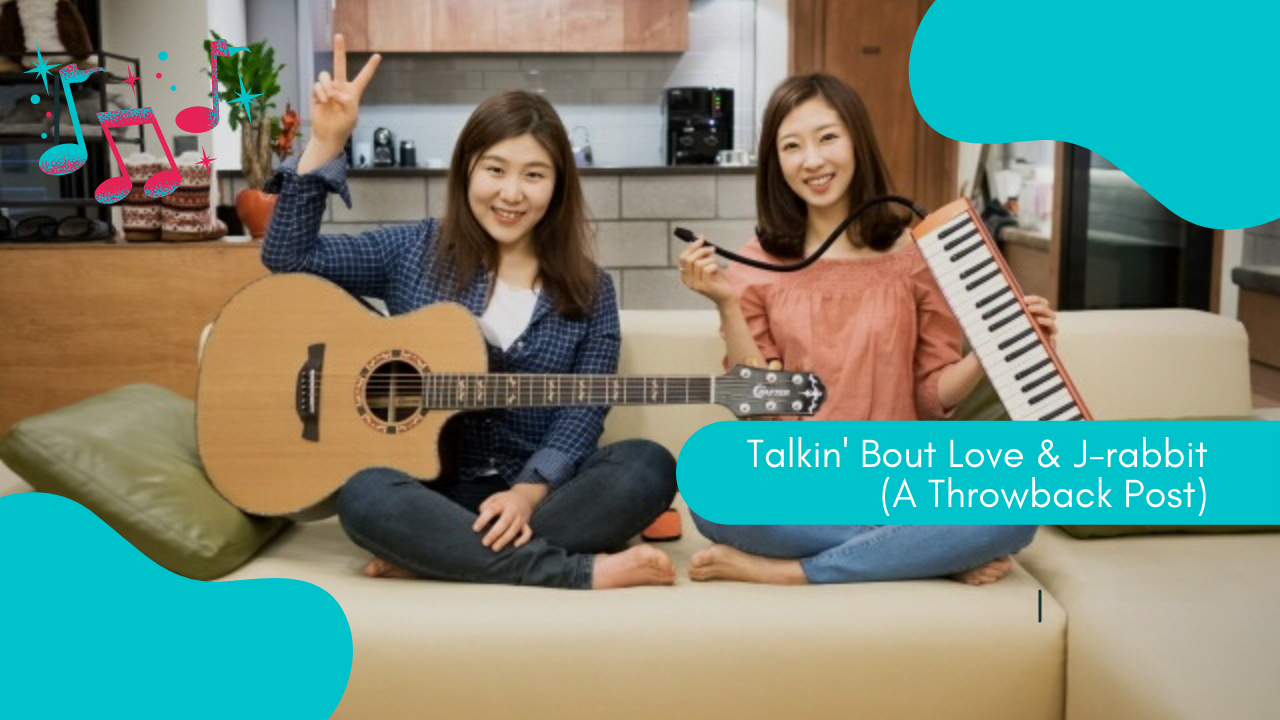 This post was originally published on an old blog of mine that held my poetry and song reviews of music that caught my fancy. Due to the fact that that blog is getting a makeover, I’m migrating some of the more relevant posts to my current blogs. This post has not been edited much, so you can cringe at my writing from 5 years ago. Yay! Please do enjoy though.

With another Sunday comes another song recommendation. Today’s will actually be a recommendation and not so much as a review since I really just don’t feel like doing much analyzing today. Sorry, but I’ve been feeling lazy, but I’m happy that I’ve at least been posting about these songs every Sunday since I started. I haven’t been posting much besides that but I hope to fall into better habits…uhhh…eventually.

Moving on, today’s song is from a Korean Indie duo named J-rabbit who has one of the two Korean groups I really like (the other is Kpop). The two talented woman who make up J-rabbit is Jung Hye-sun, the singer of the duo, and her close singer-songwriter friend, Jung Da-woon. The two met at the Seoul Institute of the Arts and the friendship blossomed from there along with the mutual interest in music. The two began to make song covers ranging from Disney songs to Korean songs, but ultimately they managed to sign up with a small label owned by friendz.net after some Youtube success. They songs have been featured in quite a few Korean dramas like Monstar, Operation Proposal, and lately, Jealousy Incarnate. Talkin Bout Love was featured in the drama Flower Boy Next Door which I have yet to finish watching.

I really love J-rabbit due to the fact that the two don’t take things too seriously and clearly have fun while they make their videos. I highly recommend checking out their songs on friendz.net”s Youtube channel to see what I mean. Yet, the two make wonderful music that serves as a breather from Kpop as the former has a more simplistic and lighter tone than the more world-renowned latter genre. Hye-sun’s cheerful and hopeful sounding voice and the various instruments utilized by Da-woon in many of their songs will often put you in a better mood from before.

In Talkin Bout Love, simply put, the song is about a woman who faces a stirring of romantic feelings for a man who apparently enters her life unexpectedly. She’s not sure what to do with these emotions initially but soon finds herself accepting them and her new love as something that she’s been waiting for this whole time. I think the message is really sweet. On a side note, I thought it related to me so much that I actually sung this for a Kpop contest at my university back in the Fall. I didn’t win of course but I hope to give this song another shot, so if I ever make a cover, I will post it on my WordPress. I believe that is for me today. As always, I will leave some links behind of the song and an article of J-rabbit I found interesting. Happy Sunday!

[It’s such a strange thing, how did you come to me?
My shrunken heart dreams of a new love once again

It’s such a funny thing, how can my heart rush like this?
I don’t know why but old love songs linger around me without knowing

Article about J-rabbit and some K-indie