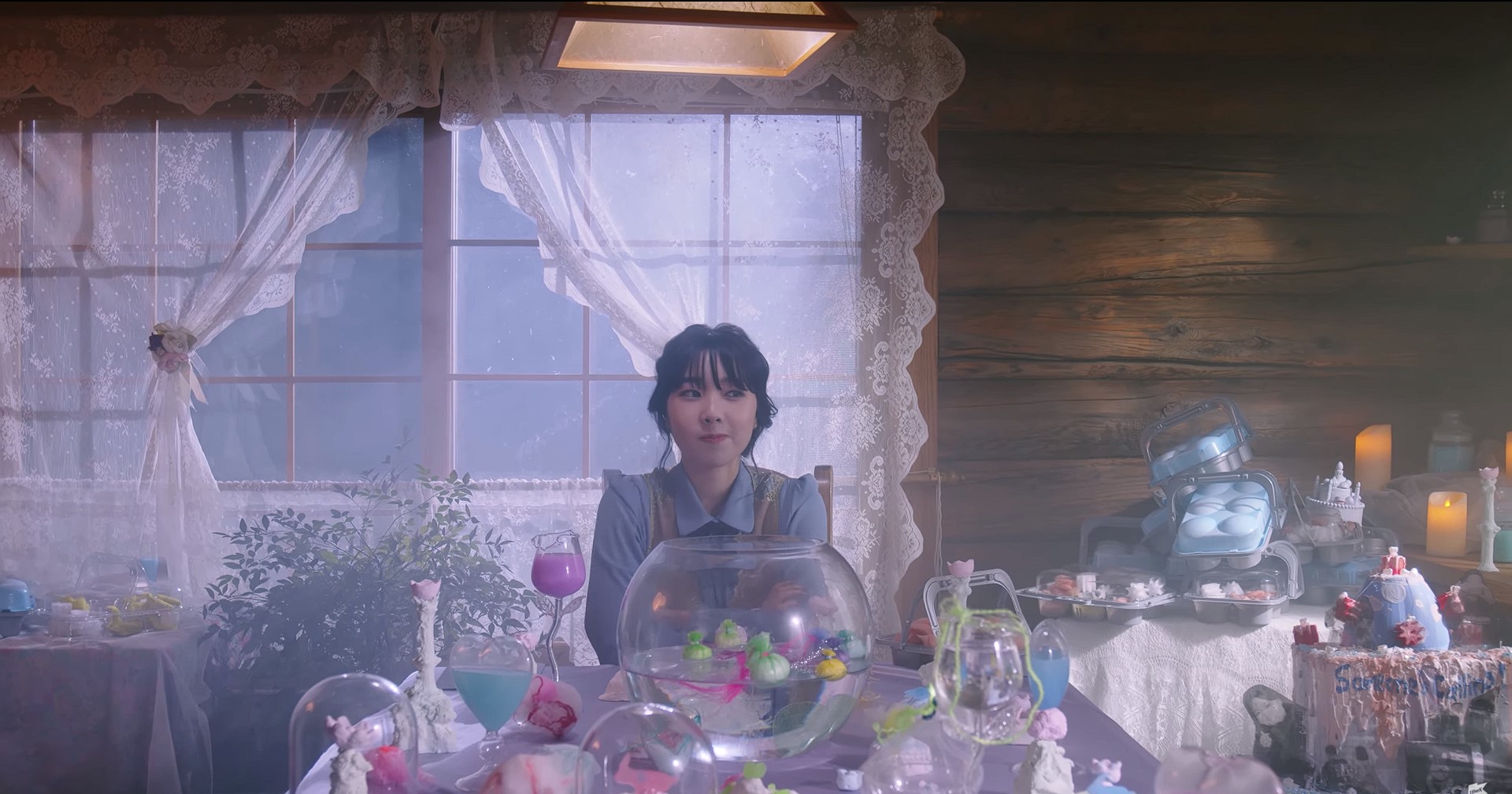 "Reviews", OpinionLeave a Comment on 17.01 Weekly K-pop “Review” but OSTs and “nugus” beat your faves

How are you all this fine Sunday? I hope you’re all doing well. We’re already halfway through January and guess what? Nothing’s really changed in the world. Fun stuff. Now, I’ve brought you the weekly K-pop review, roundup, analysis whatever you wanna call it. Enjoy.

Not too bad – (G)I-DLE isn’t a group whose music I particularly neither hate nor love. I guess this would be a pass. I mean, at least it’s not noise. The music video above all else is really beautiful to look at but…when does it not? Oh, wait…I can think of at least one example.

Her voice is really nice but I wasn’t really feeling the song. It’s definitely one you’d listen to while taking a pensive walk in the winter.

Maybe I’m too far down the dark hole that’s my depression but none of this bright cutesy stuff is really moving me. The song is pretty average. Next.

From the start, I just knew I wasn’t really gonna like the song. That proved itself as the song went on but hey, I guess it’s good he’s proud being a maknae???

Song is pretty average…or maybe below average because it’s TOO average if that makes any sense?

I hate air travel and this song is basically set on a plane. Sums up my feelings of the song.

Compared to the last song, I like this one better but that ain’t saying much. I think I just appreciate this song more because it has some life and is a bit more upbeat.

Well, a remix is a remix and that is exactly what this is…I really don’t have much else to say besides that.

Wasn’t really feeling this song but than the chorus kicked in and that was…something. Yeah, pass.

Ehhhh, I’ll take a pass on this one too.

No. Even by the title alone I knew it was gonna be one of ‘those’ songs and I don’t really have the patience right now.

I actually don’t mind this song. Maybe this week I just feel so done with the usual K-poppiness I’m turning to songs like this. Huh.

I was actually going to nuke this song from the list but it opened up on a CHRISTMAS tree…so I kept it in just to comment on that. That, and the girl in the red dress seems to be having her own little musical moment with all the exaggerated movements aka dancing. Weirdly captivating in a way…in a way.

I thought this song was actually on the alright side for a poppy ballad but then of course, these Koreans can’t resist putting in a rap verse into the song which kinda detracted from it a bit but the song turned out alright anyway.

I don’t mind this song either strangely enough despite the weird brass instruments tooting in the background at times. It may even go on my playlist.

Fun fact: Apparently she is the sister of Taeyeon from Girls’ Generation and made her debut just last year. I can see the resemblance.

Another this is my musical moment where we see a girl with headphones dance through the streets of a Korean city (let’s be real, it’s Seoul 9/10 times). Don’t really take to this song though.

Um, this song really is pretty indie which I don’t mind, of course, but this particular song isn’t my vibe. The MV is ‘aesthically’ pleasing to watch though.

I shoulda put this under the special section that’s after the OST section but I didn’t cause it’s whatever. Plus, quite a few of their fans called this more like an MV than a special clip so I’m just following them. About the song…it’s not too shabby. For a ‘nugu’ group, I feel like I found them better than the A-list stars we had this week.

I really don’t mind this actually. I’d definitely put it on a more chill playlist for sure. I think this is the first OST that I really like. I also had to look up the drama where it’s from and I gotta say, it actually sounds pretty interesting. May watch it myself and write about it on here.

Meanwhile, you got the millionth Run On OST I’ve covered and…it’s better than the other ones I’ve covered. My gosh…what a week this is turning out to be.

This one ain’t bad either. The OSTs are winning for once this week. And I can’t lie, the video is kinda cute, too. Oh, and it’s short – just under 2 minutes.

This one kinda messes up the OST streak that was going on but I’ll forgive it.

Alright, this one snuck it’s way in – it uploaded just some hours ago. It’s basically a travel footage video but understandable considering this is apparently for a web drama called “Bike Guys.” Song is alright – not as good as the first 3 OSTs but better than Suhyun’s.

I added this section because they didn’t quite fit into the usual review section since I’m still deciding if I should pass or review intros, webtoons, or lyric videos. So far, my rule is: if it has an adequate video then I’ll throw it in here (especially if it’s a slow week).

ONEUS(원어스) – Intro : Devil is in the detail

Interestingly, I found I liked the intro better when the vocals kicked in. It’s usually the reverse, right? When you like the instrumental over the vocals? Or is it just me?

This was a rather interesting one and I threw it in here because it shows a bit more effort than the typically lyric video where you have words just slapped on a still image. They remind me of the Powerpuff girls, actually. It’s actually an interesting watch and the song ain’t too shabby either.

They also have masks on to remind us we’re still in a pandemic but doesn’t fashion itself as the usual COVID song that is unintentionally condescending like BTS’s or SM’s were so bonus points for that.

I wasn’t even sure rather to throw this one in or not, but I did anyway because…why not? The song is average. Still, I looked up this group and apparently MAYHEM is a K-pop group in the unconventional sense that they are animated in this webtoonesque style. I mean, check out their wiki if you want more info. Personally, this art style I don’t really like but a lot of people seem to like it.

Well, that’s it for this week. Amazingly, I found the song of the week was between 3 songs which is more rare than you’d think. It’s a first actually and none of them were from the bigger groups this week. One was even an OST! I guess it’s the little guys win this week. Thus, this post was probably longer than last week’s. I wanted to keep this short but oh well. Congrats if you got this far. Anyway, see you all next week!