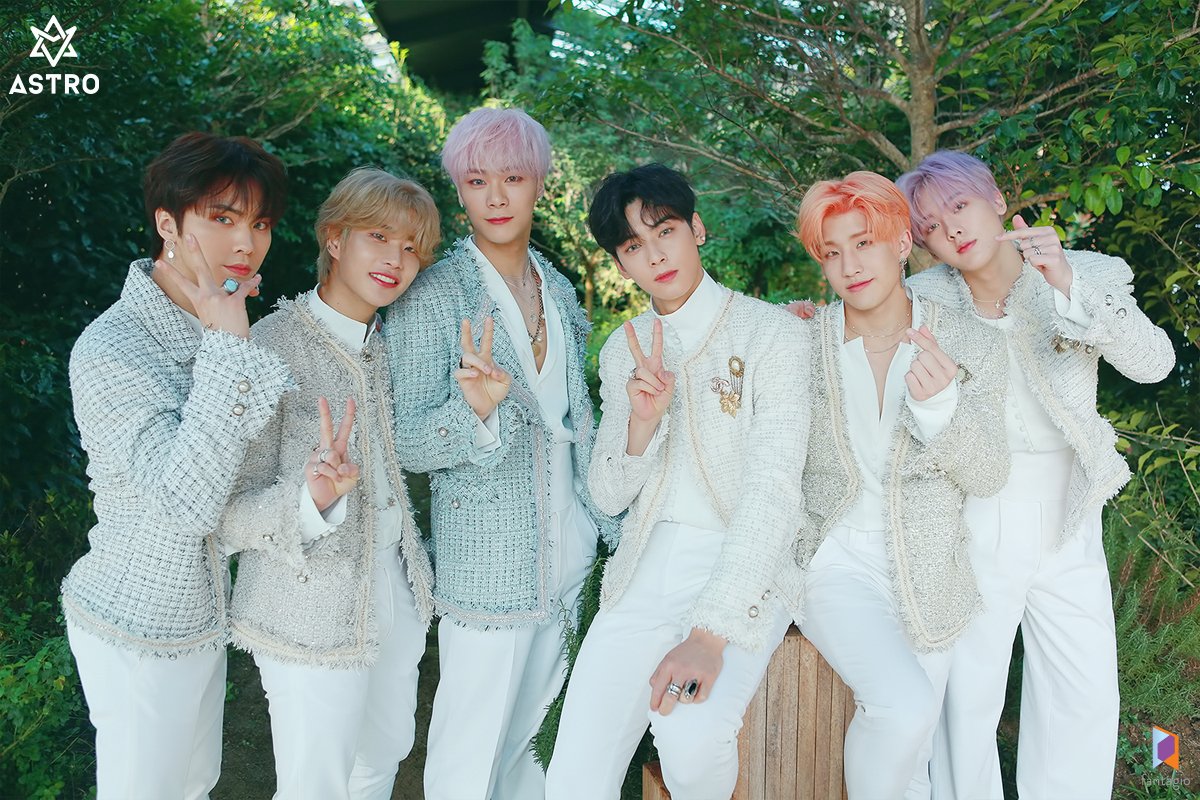 Welcome back to the weekly “review” series. I am your host, a lost idiot, here to present to you a slew of rather subpar and lackluster songs despite some heavy hitters this week like Blackpink’s Rosé and WavV (both of which failed to rock my world). It’s to the point that I left in a song (ASTRO’s) that isn’t even new but I liked it enough to keep in and make the group the header image for the post. That’s how far we’ve fallen.

This is an old song actually for those that didn’t know (I kinda didn’t but the song sounded familiar). Apparently, ASTRO’s company signed a contract with 1theK, so it’s only now their songs are popping up on their channel. To be honest, I really like the song and don’t mind keeping it in. Not to mention I didn’t get a chance to “review” it when it came out.

I’m not really digging it but usually the NCT boys are a hit or miss (mostly a miss for me). Oddly, the songs NCT Dream come out with I tend to like.

A very typical cutesy boy group song. It kinda reminds me of ONEUS’s Bbusyeo, but I like that song more.

ROSÉ – On The Ground

I wonder how much control Rosé had when creating this song? YG what did you do? As you can tell, this solo song isn’t really up my alley and I actually can say I liked Jennie’s “Solo” better. Which is a shame? Because I thought Rosé’s solo would be more my vibe.

Nope. This ain’t it.

Very similar to the song he did with Chungha except we have Jackson instead. They look classy, I can’t lie, but the song is still milquetoast.

At this point, even if you have a rock sound in your song, it doesn’t mean I’m going to be soft on it. I’m tired.

MAJORS – Spit it out

This song is slightly better but that’s about it.

I’ll be honest – I thought this was gonna be the same stuff as NCT and Cravity up there as the sound of these boy groups tend to become uniform to my ears but this isn’t half bad. It’s still kinda lukewarm but better than I thought it would be. Plus, if it gets me listening until the end, it’s alright in my books.

Fun fact: One of the boys in this group had a birthday today. Happy belated birthday unnamed dude.

On the other hand, GHOST9 follows the trend. Is this song for something? Like touristic purposes or they just love their country enough to make a song? Honestly, I can’t relate.

I’m neutral on this song honestly.

Music video is rather cute but the song is average.

Well, it isn’t a song for me, but then again, this appears to be a song for his mama, so if it ain’t vibing with you as well that’s why. Guess he’s mama will love it though.

I don’t really like it but it’s different so I decided to keep it in. Not much of a song as it feels more like a melodic monologue if that makes sense?

The kid and the kitten are adorable and that’s why I left this here.

Listening to this reminds me of the days I listened to J.Rabbit and a song or two from a duo called, Milktea. Hmm, I wonder what they’re all doing now?

A bit boring. I got distracted looking up bubble tea listening to this song.

I’ve heard of Lim Kim…she seems to release some interesting songs to say the least. This song is definitely for Women’s month (this month if you didn’t know). Anyways, song isn’t up my alley but I’m sure someone will like it.

And that’s all for this week, folks. You may notice no OSTs this week and that is because I just didn’t feel like doing that to myself this week. This may continue into next week because 90% of the time these OSTs are pretty much gonna get the same reaction from me. There’s only been like 1-2 OSTs I’ve really liked out of how many I’ve “reviewed.” Not to mention, most of the K-pop tracks I “review” as well have been rather disappointing, so let me ease the burden a bit.

Anyways, that’s enough complaining. Come back next week for my subpar K-pop releases. Have a little bit of some silly Dreamcatcher to send you off with.