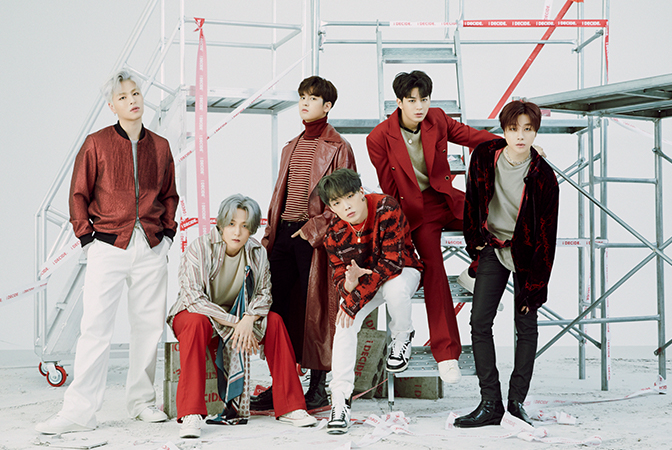 "Reviews", OpinionLeave a Comment on 07.03 Weekly K-pop “Review” but K-pop is in flames and it shows

Well, when I named last week’s K-pop review the month that ended on a low note, I didn’t even know about the whole Spotify x Kakao Entertainment issue. I had been referring to the slew of bullying accusations and dating news that has received mixed reactions. Honestly, being on hiatus during this time has made me more grateful to not being caught up in the thick of that mess (especially on the clusterfeck that is known as Twitter? Dear God…).

Anyway, K-pop is a mess right now and this week’s songs kinda reflect that. So, let’s start.

It’s another one of those Pororo collabs so it’s a song that’s definitely not for everyone. It can be interesting to watch I guess.

iKON is finally back with a rather chill laidback song after being on hiatus for what feels like 5 years. Quite different from what I was expecting from them but it’s a nice different. It would be good for a chill playlist.

ATEEZ is a group I don’t really vibe with usually and personally they don’t appeal to me. I’ll keep giving them chances though cause who knows but this song doesn’t convince me otherwise.

I like the rock sound carried throughout the song but everything else is kinda lackluster.

Not really vibing with this song either. Not an awful one but pretty average.

Yeah, didn’t know why I bothered with this one.

Poor ONEUS, they were one of the groups hit real hard by the Spotify snap of February and still only have like a song or two to their name. I say this as someone who had pretty much all their songs on my K-pop boy group playlist. Uh, though this song wouldn’t really be missed as much.

Not achieving being above average here.

Slightly better than VERIVERY up there but nothing by much though I do look the look of the MV in the beginning and the boys but that’s about it.

This is a new girl group that IS trying to have a “not like other girls” image. I mean, the way they promote and their music videos is slightly different. Putting all that aside though, I don’t really take to it.

Another new group I’m guessing. Honestly, I just found my mind wandering a lot while trying to watch so I’ll pass on this one.

Nearly forgot to add this one into the post but I don’t think I would’ve missed much if I kept it out.

Ah, this guy again, but with the indie artist, CHEEZE. The song is the usual duet that isn’t that stimulating but would be great background music.

It will either be a song that bores you or leave you admiring her voice and the soft flow of the melody. Take your pick.

There are parts of the song I actually kind of like within the instrumental but I don’t know if it’s how she’s singing/rapping it or what but I wanna pass on this one.

This is kinda the same but without the good elements found within the song above.

No, it’s not that Dami from Dreamcatcher so don’ t get excited. The song is a no go for me. Especially when they start vocalizing together, it sounds a bit messy honestly.

Interesting set up they got going on here but I mainly put this on here because it looked different. I had a feeling it wasn’t gonna be my style but hey, someone else may dig it.

This song isn’t as quirky cute as I thought it was gonna be and looking at the girl singing just makes me wonder how she got herself into this situation.

Pretty nice and not as boring and tepid sounding as most of these OSTs.

Upbeat but with too many lalalas in the beginning and the song as with most OSTs don’t really evolve to add much more. Actually, you could say it gets slightly worse.

And that’s all for today. I believe this week had less songs because honestly I kicked a couple out and left some songs that I screened beforehand off because they just weren’t worth talking about. I’ll leave off with a video from a song that I think is in the Korean version of “Raya and the Last Dragon,” a new Disney movie that came out a few days ago. (Let us up it is not the monstrosity that “Mulan” and “Artemis Fowl” was – two of Disney’s latest movies.)