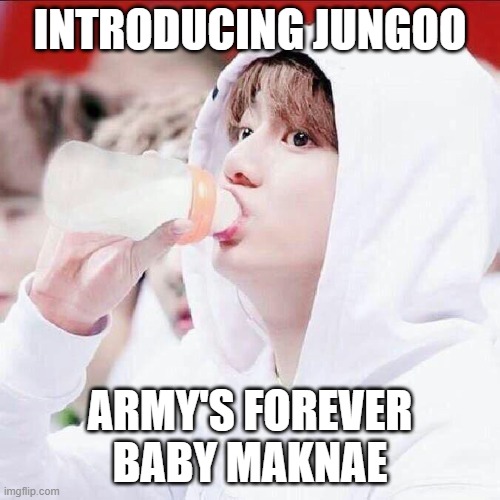 Hey, let’s talk a bit about something I’ve been ruminating in my mind lately. Don’t worry, as opposed to my other posts, I’ve decided to make shorter posts that are like little snapshots of sudden thoughts I mull over absent-mindly as I go about my day. I think I will call this series, “Daily Musings,” for now.

For the first post in this series, I would like to, of course, discuss BTS and ARMY. A dangerous topic, I know. However, as I type this, I’m off Twitter at the moment so I’m safe. I think…

Okay, but have you ever though about how much ARMYs are like your parents, at least towards BTS? Now, hear me out. I was just thinking that you know that your parents want what’s best for you, right? They support you unconditionally and even when you feck up, they chastise or scold you but in the end, they still love you and will offer some friendly advice or valuable life lessons. Sometimes, they like to coddle you a bit too much and the nagging can be a pain, but at the end of the day, you still also love them.

Well, at least the decent okay parents. I know not everyone is the same.

It definitely sounds like you could describe ARMY like that though. Except, as beings who were brought into this world, we owe our parents a LOT. Especially for putting up with our butts for so many years. The life we’ve been given was through them and for so many of us, their love and support throughout this stupid cruel life never truly ends no matter how independent we become.

Yet, how much do we actually owe to our parents? I feel as if a lot of people, myself included, feel as if we owe our parents our entire lives. I only recently graduated from college but I remember as a freshman that I felt as if I had to choose a major that pleased my parents. A major that would ease their fears and doubts, not mine. Even if that meant I was going down a path that wasn’t necessarily something I wanted, but my parents had and still do give me so much in my life despite the shitty mess that I am that I felt that I owed them something big.

When in reality, my life is my own and no matter how much they’ve given me, I shouldn’t let that any of that compromise my mental/physical health and happiness. At the end of the day, if I followed a life shadowed by my parents’ influence, then I’ll be left here on this earth having to deal with the consequences in my life and my life alone – they may be hardly affected.

So, how does this relate to BTS and ARMYs? Well, glad you asked my friends because if ARMY is the parent of this kind of relationship then naturally BTS are the kids who believe they must owe their parents everything and the world. Of course, ARMYs have done a LOT for BTS. I’m not discrediting that. Still, I was thinking just what is the limit to returning that favor for the BTS boys?

Before I continue, let me preface by saying this is all pure speculation on my part from some late night thoughts so this could all be pure and utter bullshit. I just wanted for once to spill my thoughts on the page without much reserve so if things are a bit incoherent than that’s why. Please read on with that in mind.

Personally, I know that not all of the members are that little kid who follows the path influenced or pressured to go along by their parents, ARMY. Which, I think is good. Though ARMYs have done so much for BTS to the point that some feel entitled to the members and their lives, some members understand that there is an endpoint to that relationship and live their lives in fulfillment of how they perceive is best, influenced by little of those on the outside (i.e. ARMYs, the general public, netizens, etc.)

On the other hand, I feel like there are members in the group that is that little kid. I’m not naming names but I think those who are observant can tell. Actually, I guess I will name names because I just remembered one Reddit post on a K-pop subreddit showing concern over Jungkook’s love for ARMY. Unfortunately, the post is deleted now but the comments are still there, so I’ll still link for those interested.

From what I recall, the original poster who self-proclaimed that she was probably over psychoanalyzing his behavior towards ARMYs like giving fanservice through V-lives, showing excessive love, getting that godawful (my words, not hers) ARMY tattoo, etc.

The consensus in the comments agreed she was psychoanalyzing too much and the fanservicy bits are just what the average idol does. As for the tattoo, well, that might be a step too far – let’s be real here people.

Like why? Even as my BTS bias, it’s…certainly something. Drive into a taxi for all I care, but that tattoo…it could be just fanservice but my goodness what a commitment to the bit.

Though, who knows what’s really going on in that boy’s mind? I don’t claim to know him. Not as a person, but as an idol and even then, there are lots of bits missing in the sticky note labelled Jungkook.

To wrap things up, I’ll leave this message to fans and idols alike:

As fans, we love our idols and want what’s best for them. Hell, some of us even label ourselves as their mother or father (all in good fun, of course), but we have to remember that no matter how much emotional, physical, and monetary investment we put into them, no matter how far we’ve seen our faves come, we must remember that we should leave them be at the end of the day and greedily expect so much we end up feeling to embroiled in their own happiness and decisions in life. On the other side of things, idols should not feel as if they owe their fans everything and the world even if those same fans brought you this far in life. Yes, give them little prezzies like fan songs, multiple V lives a month, extra posts on social media, but understand your limits as the idol. Don’t sacrifice so much of yourself that you don’t even understand what it’s like to be a person outside of the ARMY/EXO-L/Stay/BLINK/etc.-pleasing idol your fans and company box you in to be. Respect each other as human beings and perhaps this industry would be a little less messed up with the whole parasocial relationships thing where it makes real parent-child relationships look second-rate. Thank you.